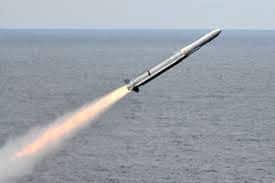 “Midnight Oil sang: “The rich get richer, The poor get the picture, The bombs never hit you, When you’re down so low, Bombers keeping coming, Engines softly humming, The stars and stripes are running, For their own big show.”

The iconic Aussie group may have singing about the early ’80s nuclear arms race led by ‘Ronald Raygun’ but these lyrics neatly apply to today’s online travel landscape where two seriously big and aggressive companies from the the United States, Priceline and Expedia,  are pretty much taking over the world. Their world.”………..

In his article in Travel Trends Newsletter, Martin Kelly talks about the impact of the two major players, namely American giants Priceline and Expedia, on the online travel market.

He goes on to elaborate “According to analyst Douglas Quinby from PhocusWright, companies owned by Expedia and Priceline had 47% share of global online line travel agency sales in 2013, up from 38% in 2011.”

Read the rest of his informative article here