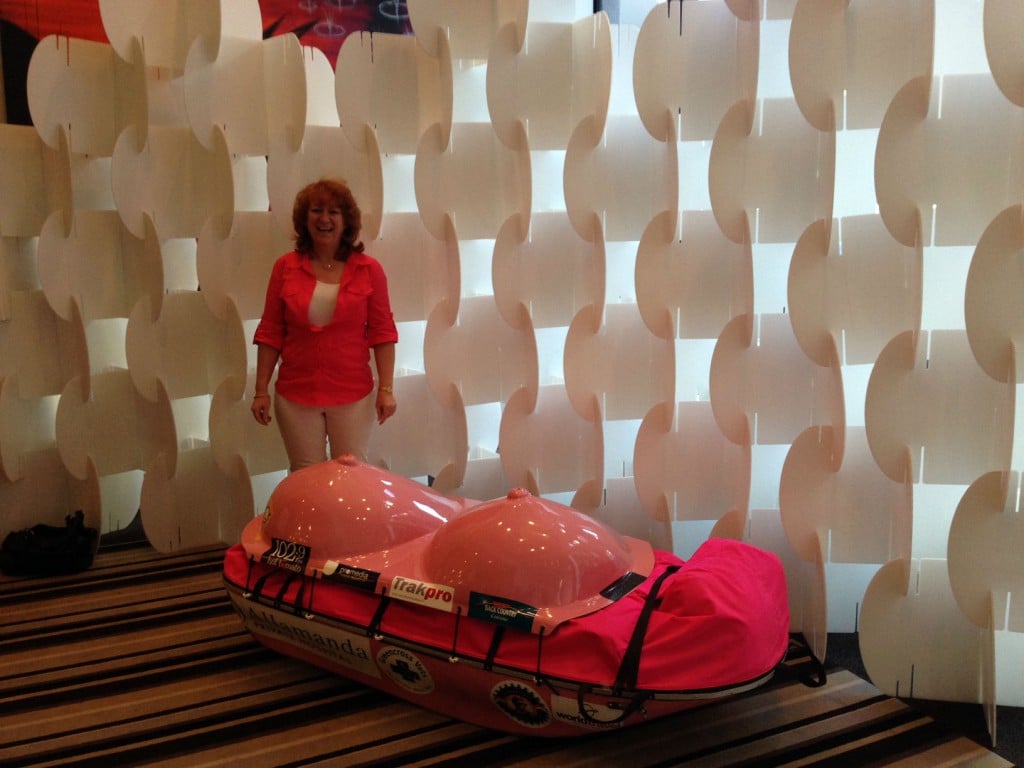 HiRUM Accommodation Software had the pleasure of attending a fantastic Women In Tourism Breakfast on the 4th October, in support of Breast Cancer Awareness.

Have you heard about the Pink Polar Expedition?  We got to hear from Kate Carlyle and Geoff Wilson first hand about their ambitious plan to raise funds for the McGrath Foundation to help achieve its goals of placing McGrath Breast Care Nurses in communities right across Australia as well as to increase breast awareness in young women.

Kate is a two time breast cancer survivor.  In 2009 at the age of 31, Kate discovered a lump in her breast, and acted on her gut feel that something was wrong, despite doctors initially putting it down to thickened breast tissue, After a double mastectomy and treatment, she thought the battle was over. However, less than 3 years later, she became one of the 2% of cancer patients who have the cancer recur on her chest. More treatment and surgeries followed, and she is now working tirelessly to raise money and awareness for the McGrath foundation who provided such great support during her treatment.

Her good mate, Geoff Wilson, will set out on a grueling crossing of Antarctica in November, one of the planet’s toughest environments. Geoff is no stranger to extremes, having completed crossings of the Sahara and Simpson Deserts, and the first kite crossing of the Torres Strait. In support of his friend and former colleague, Kate, Geoff will push his body to the limit.  He believes the challenge he may face may come close to the challenges faced by those like Kate, who have been diagnosed with breast cancer and must conquer their own solo trek.

Geoff will use skis and kite power to traverse the ice, while hauling a “boob sled” of supplies for the journey. The pink sled is very distinctive, with a cover moulded in the shape of Geoff’s wife’s bust. A giant pair of bright pink, kevlar breasts, with the Antarctic ice as a stunning backdrop! Their goal is to raise $1,000,000 for  the McGrath Foundation.

Follow their journey, and show your support on http://mcgrathfoundation.gofundraise.com.au/page/pinkpolar

The Women in Tourism breakfast had a great turn out – with everyone dressed in pink, and a delicious breakfast served by QT Surfers Paradise. They held a spirited charity auction, with some fantastic donated auction items attracting excellent bids and raising lots of money for the expedition.