An interesting proposal for all our Property Management System users to ponder….. 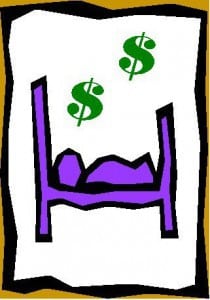 The City Of Gold Coast Mayor, Councillor Tom Tate, has recently announced that he has written to Queensland local Government Minister, David Crisafulli, asking him to consider legislative changes to allow a “bed-tax” on visitors to the city.

A bed tax is a levy imposed by a local government on hotel stays  within its jurisdiction. It is a tool the local governments use to raise tax without incurring the wrath of voters since the people paying the tax are not members of the town but rather are tourists who don’t vote in local elections. Cr Tate wants to see tourists foot the $15,000,000 annual bill for tourism services and infrastructure currently paid for by Gold Coast rate payers. He believes that these huge costs should be unburdened from the 239,000 ratepayers in the city. Tourists use the roads and beaches, and should contribute to the infrastructure costs associated with the tourism industry. A levy imposed on the state’s 12,000,000 tourists per year would be small change to each by comparison.

Similar taxes already exist in many areas of Europe, the UK and USA. It has been embraced in many areas of Europe as it is a way of increasing taxes without significantly effecting the voting public. In Europe it is often based on a star rating system, so that visitors who stay in higher rated properties also pay a higher tax.

Last year we witnessed a battle between the State Government and Local Council over who should pair the substantial bill to repair the Gold Coast’s storm ravaged beaches. This type of tax may go some way toward providing funds towards these situations.

Cr Tate doesn’t believe that such a levy will effect tourism adversely, or reduce the number of tourists to the area. However, his confidence doesn’t seem to be shared by many other industry professionals.

His suggestion was quickly opposed by Queensland’s Tourism Minister, Jann Stuckey, along with industry bodies the Accommodation Association of Australia (AAA), the Tourism and Transport Forum (TTF) and Tourism Accommodation Australia (TAA), and hotel chains, including Best Western Australasia.

The Accommodation Association of Australia’s CEO, Richard Munro, said introducing a tourist levy or bed tax would have a severe negative impact on the industry.

“The Accommodation Industry is strongly opposed to a bed tax,” he said. “It would impose an unnecessary cost burden on visitors resulting in consumers re-considering whether or not to travel to what is an iconic tourism region. The end result is lower visitor numbers and less revenue for major tourism businesses, including hotels, motels and other accommodation businesses. The accommodation industry is pleased that the Queensland Minister for Tourism has stated publicly that the Government doesn’t support the proposal.”

The Gold Coast is heavily reliant on tourism, with approximately 17% of jobs in the tourism sector. Gold Coast rate payers would, no doubt, embrace any reduction in rates, but possibly not to the detriment of an industry that we are so reliant on. Costs of a bed tax would, of course have to be transferred from providers to guests (as is the intention). Would this result in tourists “voting with their feet”  and rejecting the iconic tourist area as a holiday location, particularly in the face of the highly competitive tourism market that we are currently have?  Or do you believe, as Cr Tate does, that a small tax on visitors will have little impact on their choice of holiday venue?

Some interesting things to ponder, as no doubt, if the proposal is accepted, where one goes, more will follow…..