No GST on rent of Manufactured Homes 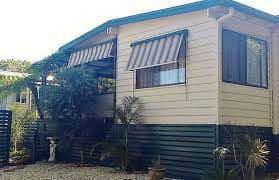 Another compelling reason for our property management software users to become members of ARAMA;

ARAMA had previously defended the Management Rights Industry against the imposition of GST on short term letting apartments which if successful, could have resulted in several million dollars of back payment of GST for members.

The  ATO then recently proposed a GST on rental of moveable dwellings and manufactured homes. This could have easily been the precursor for imposing GST on permanent rentals generally, which would have impacted heavily on the Management Rights Industry and thousands of investors around the country.

The Queensland Government has now announced that the ATO will back away from their proposal to impose a tax on rental of moveable dwellings and manufactured homes  – no doubt a very welcome decision for all our property management software users (and any owners holding investment properties). The potential of increases in rent would have had a very detrimental impact on the many pensioners and retirees who make these properties their home.

Housing Minister Tim Mander has welcomed the Australian Taxation Office’s decision to back away from a proposed GST raid on manufactured home owners.

A draft ruling released last month would have seen people living in manufactured homes slugged with additional GST on their site rents.

“The Newman Government has always said the draft ruling was unfair and I’m pleased to see the ATO has finally come to the same conclusion.

“There are more than 21,000 households living in manufactured homes throughout the state, many of whom are pensioners or retirees.

“Cost of living pressures are an ever present concern for many of these people so it’s important they aren’t subjected to unnecessary fees and charges that don’t apply to people renting other types of dwellings.”