The ACCC has today cleared the way for Expedia to complete its takeover bid of Wotif, concluding that the proposed acquisition was not likely to result in a substantial lessening of competition. 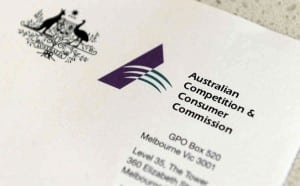 The takeover still remains subject to approval by a vote from Wotif shareholders and the New Zealand Commerce Commission.

According to ACCC Chairman Rod Sims, the decision was based on the fact that the online accommodation distribution market has undergone substantial change in the last few years, including the introduction of several new key players in online bookings such as Trip Advisor and Google Hotel Finder.  These new models aggregate the rates for hotels from a number of sources and allow the consumer to make their own choice. In their view, these providers are set to constrain Expedia in the coming years.

Many in the hotel industry still hold concerns that this may concentrate market power into a small number of players, and pave the way for commission rate increases which will ultimately impact consumers.

Read the full article from the Sydney Morning Herald here

What do you think it will mean for you?